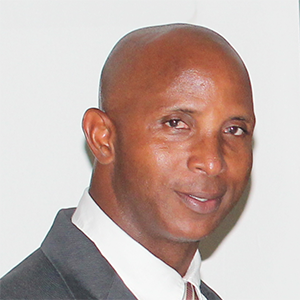 Sowerby Gomes is a certified Counselor within the Second Chance Program which seeks to break the cycle of recidivism by offering appropriate intervention to bring ex-offenders back into the community.

Sowerby has worked as an educator and soccer coach since June 1991. Teaching high school mathematics, SAT classes and other after school classes, Sowerby is able to transform the mind of many young athletes.

Sowerby is a former captain of the Antigua & Barbuda National Football team. He was named to the Who’s Who List Among American Colleges and Universities in 1989. In that same year he was appointed Homecoming King for his University along with being Player of the Year. In 1990 he was named to the list of Outstanding Young Man of America. Sowerby is an NCCAA and NAIA Academic and Athletic All American.

A native of Antigua & Barbuda, Sowerby is the humble father of three children. (Ayo, Amarni and Amaya).

Synopsis
Sowerby Gomes is a native of Antigua & Barbuda, and is a certified Counselor within the Second Chance Program. Since 1991 he has worked as an educator and soccer coach, more recently as Head Coach and Chief Coordinator at Villa Lions. Personal accolades include: 1989 Who’s Who List Among American Colleges and Universities and Player of the Year and Homecoming King for his University, 1990: named to the list of Outstanding Young Man of America. Bachelor of Science degree, Master of Arts degree in Busness Administration, indoctrined into Hall of Fame at the Oklahoma Wesleyan University for outstanding athletic and academic achievement. Holds International Coaching License (DFB-A-Level) Level 1 Certification.